This is the guest post I mentioned yesterday.
I’m doing this because it is some rather serious business. It’s been going on for a long, long time now, yet the media hasn’t said a word about it yet. Goes to show how corrupt the world is nowadays, right?
Special thanks go to Anthony from Crux Theory for writing this and giving me permission to post it.
~ Fang

That’s fun to say… Anyways, ever hear of a man name Dr. Stanislaw Burzynski?  Before recently, I hadn’t, but a friend of mine shared a link to a film on the man and it’s contents were right up my alley.  It sparked a bit of interest and I did a little looking into him.  It seems a lot of what was mentioned in this film is true, though I wasn’t able to verify all of it, so keep that in mind.  Nevertheless, I couldn’t help but find this movie particularly hilarious, as well as insightful. 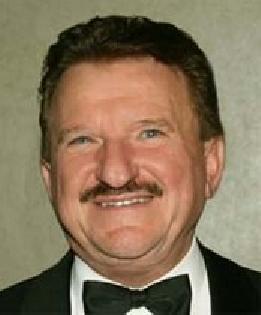 Dr. Stanislaw Burzynski is a Polish, biochemist and physician, who discovered something very interesting dealing with a natural chemical in the body, later defined as peptides and metabolites, that can correct Neoplastic cells, or cancer cells in the body, getting them to behave normally again.  He later dubbed these chemicals ‘Antineoplastons’, for their cancer fighting qualities.  Dr. Burzynski’s treatment is best known for treating brain cancer, a notoriously difficult cancer type to treat.

Because of this, the Food and Drug Administration (FDA) began to attack Dr. Burzynski relentlessly.  He claimed to have a cure for cancer after all, and the FDA can’t have a cure on their hands, all their money would slip away… so they harassed him.  They harassed him, his patients, they raided his place, took his patients medical records, took him to court many times, tried to get his medical license revoked, and tried to get him indicted.

This film I am about to show is Dr. Burzinski’s story, but more specifically, it shows very well how the FDA will use any underhanded tactic it can to smear, berate or blatantly attack whoever stands to threaten their wallets.  It is absolutely hilarious how desperate they present themselves in this video.  Clearly having no ground to stand on, they grasp at straws as they search frantically to find something to bring him down.

Anyways, enough of me ranting on.  Watch the film and tell me what you think of it.  I hope you enjoy it as much as I did.

See what I mean?

Dr. Burzynski has some amazing willpower and courage to put up with a near constant assault by the FDA for years and years.  This man should be applauded for persevering through this ordeal to stand up for what is right.

In the end it just goes to show that the FDA has a greater invested interest in making sure their bank account is full, then making sure the public is in good health.  I find it really sad, and sometimes hard to deal with, that people suffer and die by diseases, for which cures exist, but are suppressed for monetary purposes.

Before I go, I just wish to apologize to any who reads this for ranting on the way I did.  There probably are people who work at the FDA that really do have only good intentions for everyone.  Obviously it is not these people whom I am addressing, but the corrupt few within.  Nevertheless, the evidence is there that money is power, and power breeds greed.  Perhaps it is not bad people corrupting a good system, but a bad system corrupting good people?

Till Next Time, as always!